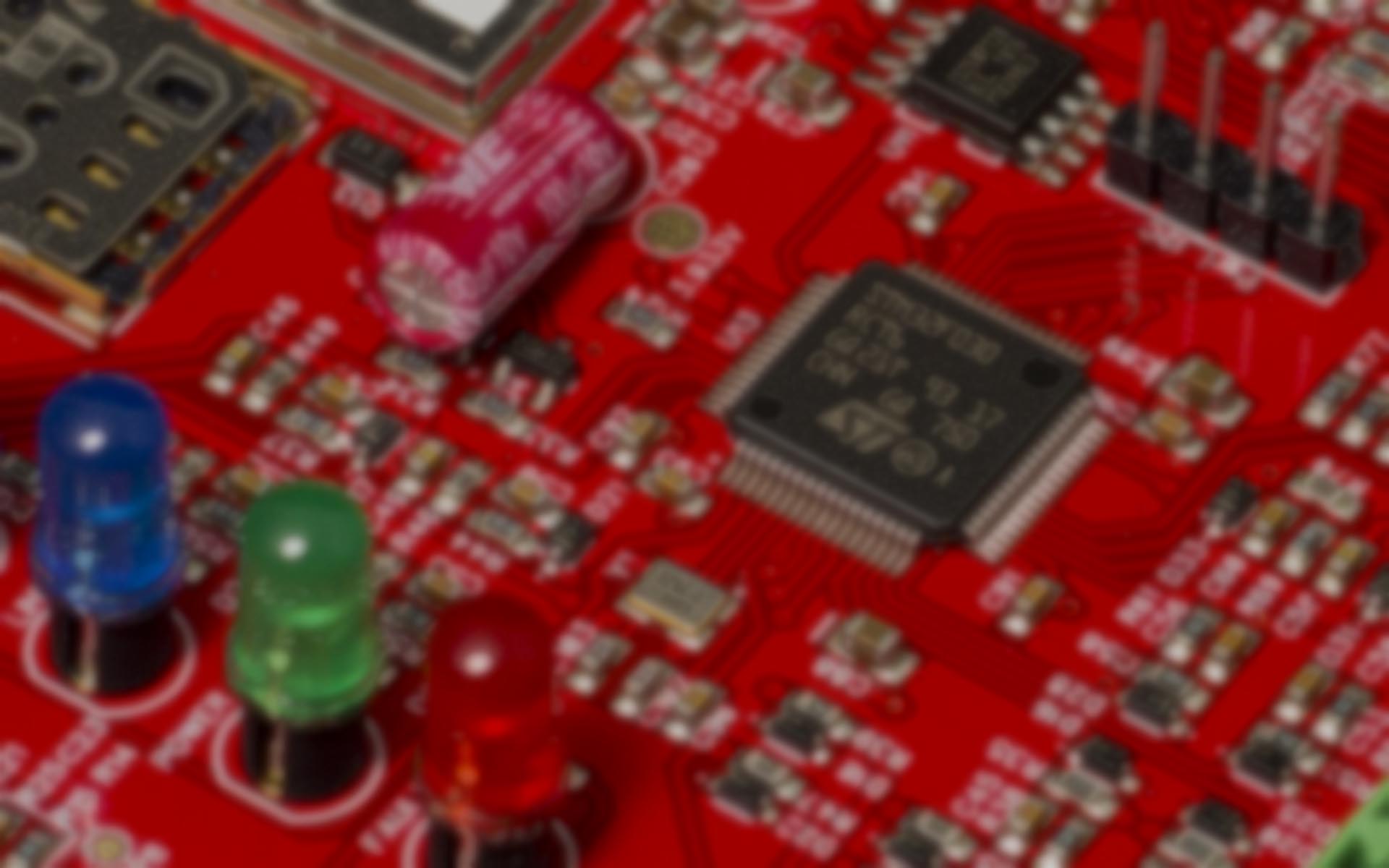 Getting Started with ZMOD4510

The new ZMOD4510 gas sensor from IDT (Renesas) hit the market a few months ago and is a unique sensor of its kind.

This first post (of many, we assume) is going be a bit of a preview for someone who might be interested in trying out the ZMOD4510 or integrating the sensor into a product.
Following posts will contain information on how we develop one of our own modules using this sensor.

While we are impressed with the sensor, its design and the technology that it uses to measure ozone and NOx at such low power consumption levels, we cannot say the same about IDT’s support at all.

This was something we discovered down the line after ordering a bunch of the ZMOD4510 gas sensor chips off of Mouser.
We took a quick look at the ZMOD4510 datasheet and everything looked fine to begin with… so we designed a test board and ordered some of the sensors in.

After soldering the sensor in and after setting up the development environment to program the host MCU, we discovered the real issue (The ZMOD4510 has an I2C slave interface).

There is no public documentation on the ZMOD4510 I2C registers or on how to read the sensor readings!

IDT or Renesas need you to sign an NDA just get access to this information. It took us about 3 months and more than 50 attempts to reach out to IDT/Renesas to get our hands on the NDA.
After our signed NDA was ignored for almost a month, and after repeated additional attempts to reach out, we were finally able to get the countersigned NDA and got access to some sample interfacing source code. We tried to get quotes for the ZMOD4510 after getting the documentation and that request is still pending!

All we can say is that the NDA process is extremely dissapointing and has made us second-guess using any IDT/Renesas products lately. On top of that, the NDA terms are overly restricting and will prevent you from using the sensor in most practical designs.

What we will make

The ZMOD4510 does not directly output air quality level as a number or as a certain concentration value. The host MCU needs to crunch some numbers (floats) to get the result in a format or unit of choice.

The sample source code provided (under NDA) does all the calculations for you. We are making a little module that contains a low-power 8-bit STM8 MCU that takes care of the interfacing and math. The output of the module is simple ASCII strings over UART which you can easily read out.

The module operational parameters can be set via the UART interface using simple ASCII commands, terminated with a line feed character.

Here is how we laid out the test PCB. It has arrangements for mounting using M2 screws.

The module can either be mounted on a standard DIP IC base or it can also connect using a 4-pin JST XH header. Both variants of the module will be available.

Here is a quick look at the 3D model of the ZMOD4510 module PCB design: 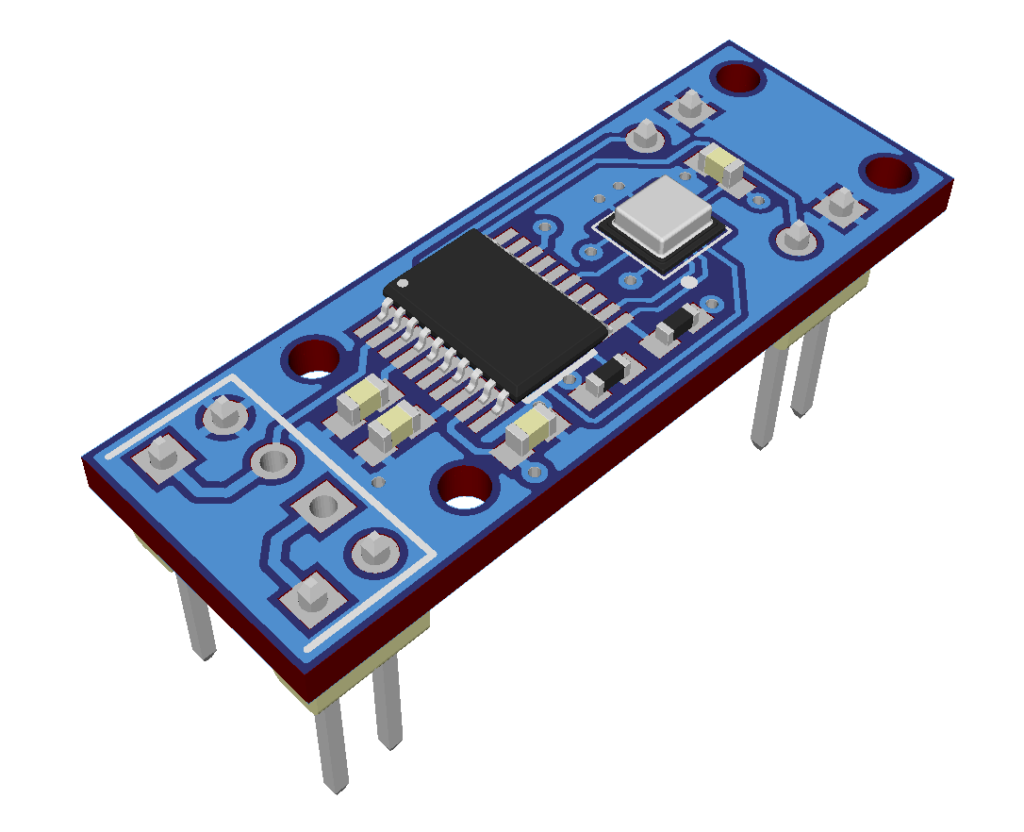 We will post further updates as we get through with the firmware development. You will find related articles either at the end of this page/section or using our sitewide search.

UPDATE!!!
After a lot of effort being put into the development, we now have a ZMOD4510 module ready and it works off of 1.8V – 3.3V.
The breadboard-friendly module uses UART for communication (9600-8-N-1). You can read AQI, O3 and NO2 concentrations in ppb using the module. 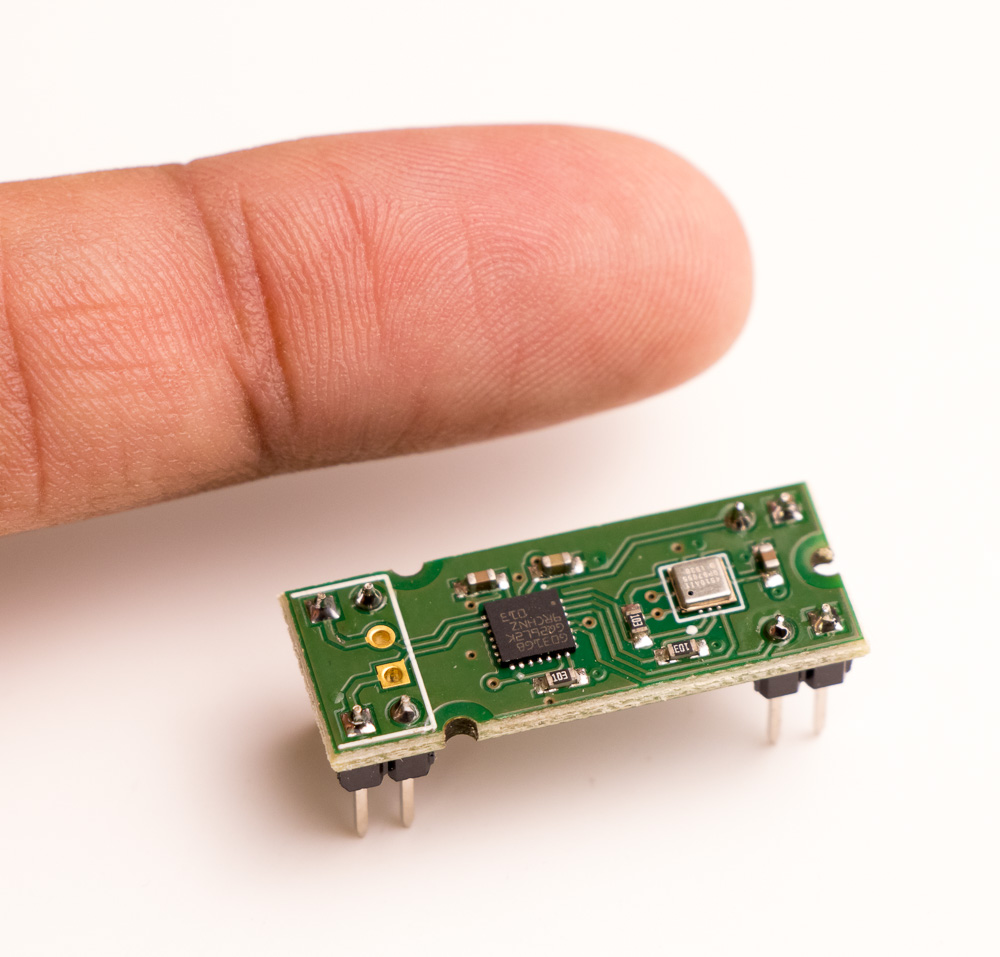 If you think that the ZMOD4510 module could be of interest to you or your project, please reach out to us.

LIS3DH interrupt does not work – solutions

Have something to add? Cancel reply

Join our subscribers to get latest technical articles right into your inbox.
We only mail you stuff you care about!